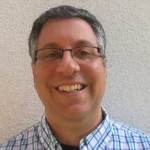 “It’s always trying to concentrate on what have people told me…what have they gotten from the course, what are they trying to achieve”

Reuven is a full-time Python trainer. In a given year, he teaches courses at companies in the United States, Europe, Israel, India, and China — as well as to people around the world, via his online courses.

Reuven created one of the first 100 Web sites in the world just after graduating from MIT’s computer science department. He opened Lerner Consulting in 1995, and has been offering training services since 1996.

Reuven’s monthly column appeared in Linux Journal from 1996 until the magazine’s demise in 2019. He was also a panelist on the Freelancers Show podcast from 2015-2019, when the panel collectively resigned. (They are currently discussing a new, independent podcast on the same topic.)  Reuven is also the CTO of Rent Like a Champion, an event-based home-rental company based in Chicago, Illinois.

Reuven’s most recent book is “Python Workout,” a collection of Python exercises with extensive explanations, published by Manning.

Reuven’s free, weekly “Better developers” newsletter, about Python and software engineering, is read by more than 15,000 developers around the globe. His “Trainer weekly” newsletter is similarly popular among people who give corporate training.

Topics we discuss in this episode…

Get immediate access to the
Map Out Your Launch Mini-course

You're officially signed up!